Just a few short weeks ago, Cesi and I celebrated a pretty exciting life milestone - the earth has rotated around its axis 365 times since our wedding day. While many of you have been able to observe everything that went on in this exciting first year of our marriage, we know many others have not, and so we decided to write a recap of what has transpired since that momentous snowy day on January 19, 2019.

If you’re reading this, chances are you attended - or were at least invited to - our wedding last year. Thank you so much for choosing to give up your Saturday night to celebrate with us! It truly would not have been the same without you. If you haven’t seen wedding pictures yet, you can see a few here. Now, lest you think we are perfect people who planned a perfect wedding that came together perfectly, let me share a few quick notes on the days, weeks, and months before the big day.

We decided to plan our wedding while also pursuing masters degrees in computer science. If this choice were a fine wine, my tasting notes would go something like this: Aspirational beginnings, with a strong aroma of good intentions; next, the tart flavor of a miles-long todo list assaults your taste buds, followed by an aftertaste with subtle hints of burning hair and broken dreams. In summary: to say this decision has aged like milk would do a great disservice to aged milk. 0/10, would not recommend.

For those who had… reservations… about attending a January wedding in Chicago, we totally understand. Really, the whole situation was due to poor planning on my part; we had both agreed early on in our relationship that we wouldn’t allow more than six months between a possible engagement and a wedding, and yet I had the bright idea of proposing in the late summer. However, I do feel compelled to point out one additional little factoid: Once Cesi realized we would be having a winter wedding, she became quite excited about the possibility of snowy wedding pictures. When I attempted to dampen her enthusiasm a bit to make the probable lack of wedding day precipitation less disappointing, she responded by asking me if I really believed what I kept telling her about the power of prayer. At a loss for words, I dropped the matter; clearly not at a loss for words, Cesi prayed fervently for snow. You know the rest of the story: Her mustard-seed faith moved a veritable mountain of fresh powder. 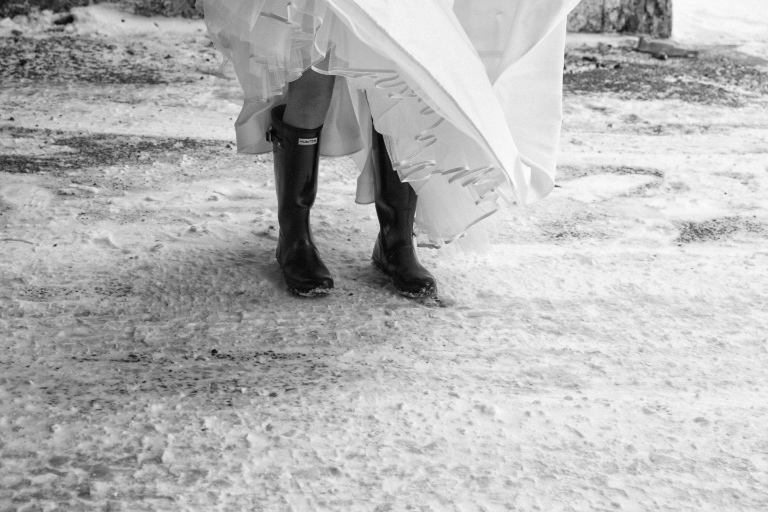 Most couples foresee the inevitable wedding planning exhaustion and wisely pick a vacation with as few choices as possible, like a cruise or a stay at an all-inclusive tropical resort. If you paid attention to the part where we planned a wedding while taking masters classes, however, you probably have an inkling of what’s coming next - we decided to go on a completely self-directed trip to Thailand, where over the course of two weeks we traveled to three cities, stayed in three Airbnbs and one hotel, were ripped off by tuk tuk drivers, ate enough unidentifiable street food to feed a small army, walked with a herd of kleptomaniac elephants, hiked to a secluded mountain temple, and just generally had the time of our lives. Feel free to browse a few of the pictures we took here. For those considering Thailand as a vacation destination, we can’t recommend it enough!

After the wedding, Cesi moved into the downtown Chicago apartment I had been living in for several months. For those familiar with the city, we lived steps away from what seemed to be the hottest wedding photography spot within several square miles: The Kinzie bridge over the Chicago river. As is the norm for us, this apartment came fully furnished with amusing stories. Cesi found the listing online the same day the landlord posted it; the posted rent was incredibly good for the area, so we excitedly texted the landlord asking if we could take a look. “Of course,” we were told, “along with the six other couples who have already contacted me today.” Not good. We did what we could to set ourselves apart from the pack: We had a check ready to go for the security deposit, on the off chance we could fill out an application on the spot; we dressed nicely; and we arrived early. Just early enough, it turns out, to meet the six other immaculately dressed couples with conspicuously-placed checkbooks who looked us over like my father eyes a 24oz bone-in ribeye at Gibson’s.

Several minutes later, the landlord arrived, and in we went. Everyone made a show of looking around the apartment while secretly gauging if they could throw the competition off the (beautiful, spacious, oh yes what a lovely view!) balcony without looking suspicious. As the tour reached its end, the landlord made his terms clear: If anyone was interested, he would take down all our email addresses and send us the application at his earliest convenience, which turned out to be five minutes later. After breaking the sound barrier on our way back, I immediately began filling it out as Cesi made dire threats about what she would do to me if we lost the apartment because the landlord couldn’t read my atrocious handwriting. Thankfully, she did not have a chance to make good on these threats, as we managed to fire the first salvo in the Great Application War of 2018 and ultimately secured the apartment. The landlord later confessed he had no idea how much interest he would be generating by pricing it so low - in fact he didn’t even realize he was pricing it low - but he didn’t want to start a bidding war, so he decided to give the apartment to the first applicant instead. We were more than happy to take advantage.

We ended up really loving it - the building had originally been constructed as a cold storage facility in 1897, so our apartment was filled with unique, charming little oddities. As a side benefit, the walls and ceilings were made from incredibly thick concrete, so we never heard a peep from our neighbors. The only real downsides were a lack of covered parking and the fact that the building is situated approximately 50 feet from the intersection of two extremely busy sets of train tracks.

When we got married, I did not have a car, but Cesi was the (extremely) proud owner of a white BMW 328i two-door coupe she named Marilyn Monroe. I was rarely allowed to drive Marilyn. She carried us well for a few months, but she was pushing 130,000 miles and becoming very expensive to maintain, so we decided to cut our losses and find a new car. After many hours of searching and a few arguments I’m not proud of, we bought a used Mazda CX-5 in a shady Craigslist deal in the parking lot of a Chase bank in Indiana… that’s a story for another time. In keeping with Cesi’s tradition of naming her vehicles, this one has been christened the Batmobile; this was not because of my resemblance to Bruce Wayne, surprisingly, but due to the car’s “menacing grille” and “dark gray color”. 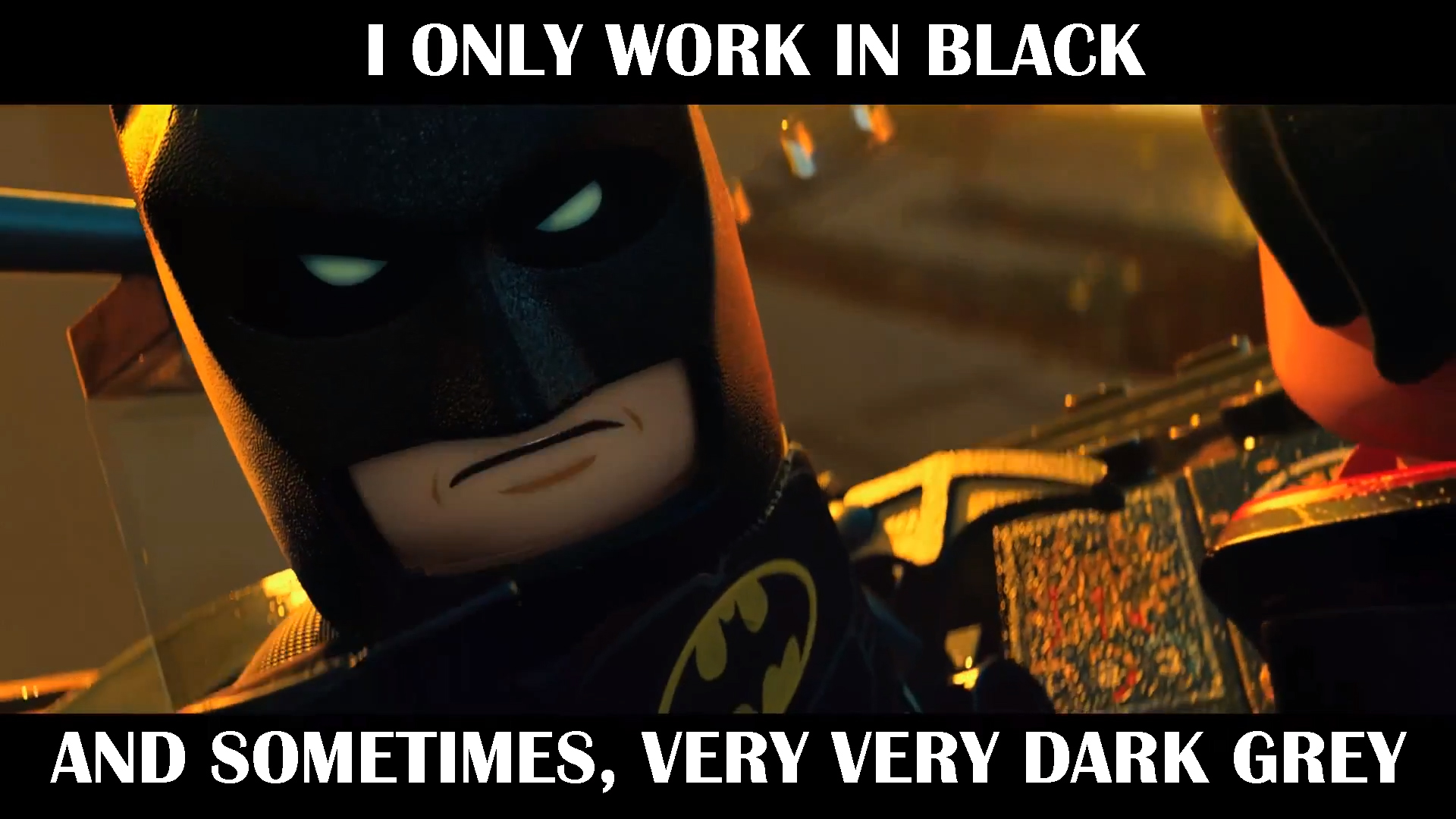 While we dearly loved the Kinzie apartment, as we looked to the future, we soon concluded that a different long-term living situation was needed. Two people fit snugly in the space, but any more would be a very tight squeeze, and we’re solidly in the “more” camp. So, we decided to keep an eye on new listings in the area and began to define our criteria. We figured, well our lease is up in a few months, so there’s no way we could do it this year, but we can look around this year to get an idea of what we like and don’t like. Famous last words, naturally. Within weeks we found a condo that satisfied all our criteria, in a fantastic area and yet close to both of our jobs, with plenty of room for expansion… and the rest is history. And by “history” I mean mountains of loan paperwork and a moving process that gave my wife a few gray hairs. It would have given me a few as well, but it turns out you can’t get gray hairs if you don’t have hair. All in all, after living here for a few months, our decision has only been confirmed - we’re going to be here for a long time, Lord willing. 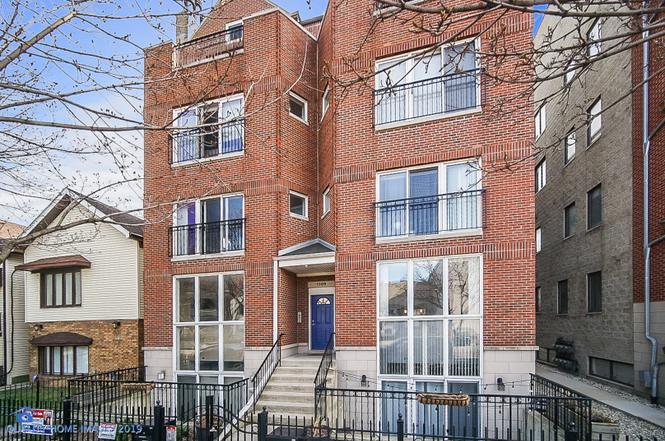 “How is married life?” is a question we are asked quite often - sometimes I wonder, are they secretly hoping for a negative answer? - and the short answer is: Married life is fantastic and hard and sanctifying and humbling. We’ve been through a lot in our first year, more than we could possibly fit in one post, but we’re entering our second year closer to God and to each other. Here is a somewhat tongue-in-cheek list of marriage pros and cons for those wondering if they should make the jump:

In all seriousness, marriage is both an incredible gift and a humbling responsibility. Stay tuned for more of us driving each other crazy and having the time of our lives. We’ll try to keep this blog updated so you don’t have to wait for another giant summary post next year. See you soon!

I sat in a waiting room chair, eyes glued to my phone as I watched my wife, Cesi, get comfortable...